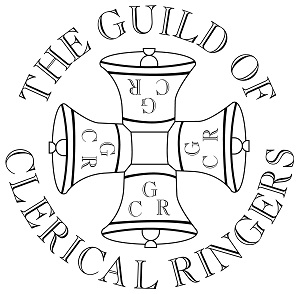 The Guild AGM will take place via Zoom on Wednesday 3rd February 2021 at 19.30. For Zoom meeting details, please contact the Secretary.

The agenda for the meeting is as follows:

2020 was not what we expected. We cancelled both the planned tours and have already postponed the Low Week Tour in 2021 until the Autumn. I doubt whether there has been another year since 1945 when the Guild has not met to ring!
However in 2020 the Guild committee has met on a number of occasions by “zoom”. At one of these meetings, we co-opted David Grimwood because he has important links with the wider ringing community. It was the committee’s decision to call off the tours in 2020 and to postpone the 2021 tour until late September. We decided, too, that the time had come when we needed to have a representative on the Central Council of Church Bell Ringers. We asked Jon Rose to represent us at the meeting that took place electronically in early September. Our application was duly accepted but we will need to ratify the committee decision to apply for membership at our AGM in February. The committee also thought 2020 was a “non-year” as far as the Guild was concerned. We thought it wise that the officers should all remain in post for an extra year, a decision that we will need the Guild to ratify at the AGM.

While we have been unable to ring, Guild officers have been playing their part behind the scenes. As I have reported Jon Rose attended the Central Council meeting. It would appear that apart from David Grimwood, who represents the Kent Association, Jon is the only other ordained member of the present Council. It would appear that the person we send to represent us will have to act as a chaplain to the Council! This role reflects, I think, the growing separation between the church and many ringers.

This separation is something that we have noted in recent times and during the last months there have been some developments to overcome this trend. David Grimwood and I met with Mark Regan who has been asked by the Central Council to form a working group to address the question of relations between the Church and ringers.

In the Hereford Diocesan Guild, we are having a discussion about the role of the Clerical representatives on our management committee. The initial thoughts are that we should be seen as chaplains to the ringers and try to bridge the gap between Church and ringers. As the Clerical Guild I wonder whether our members should increase our links with local Guilds and Associations. It is with this in mind that I am proposing that we amend the constitution of our Guild. At the moment the constitution is just one simple sentence “The purpose of the Guild is to encourage fellowship between clergy who are ringers and to promote change-ringing.” I think that we need to extend that to say that our purpose is also to promote good relations between ringers and the church and to serve the needs of the wider ringing community as ministers of the Gospel. My proposed wording for an amended purpose for the Guild is at the end of this report. I would welcome thoughts on the exact wording and this can be discussed at the AGM. As we cannot change the purpose of the Guild at this year’s AGM, we will give notice that we will do so at the 2022 AGM.

The Committee hopes that we will be joined at the “zoomed“ AGM by as many members as possible particularly as we consider its purpose going forward. We would value that greatly because we need input from those still in full time ministry who can give their thoughts on how best the Guild can be relevant and constructive in wider ringing circles.
I am delighted that Guild members continue to supply the Ringing World with their “Thoughts for the Week” which I learn are appreciated by many ringers. I thank David Grimwood who organises the rota and keeps a check on contributions.

Since our last AGM in 2019 we have sadly lost 3 members who have died. They are Bruce Grainger and Stanley Evans who died in 2019 and Richard Dorrington who passed away last year. May they rest in peace.

I look forward to seeing you via Zoom on Wednesday 3rd February and sincerely hope that we will be able to meet in Suffolk on September 27th for our delayed Low Week Tour!

Many readers may, like me, have been moved by the outcome of the Olympic high jump competition. It seemed impossible to separate the last two competitors, Italy’s Gianmarco Tamberi and Mutaz Essa Barshim of Qatar. Both jumped perfectly until each failed three times at the Olympic-record height of 2.39 metres

Report on the Guild Tour April 2022

The Guild of Clerical Ringers

Rung on Wednesday, 1 May 1946 at Barton Seargrave, The Orangery, Hall Hotel, Northamptonshire. [...]